Skip to content
Home > Awareness > What is Early-Onset Bipolar Disorder?

What is Early-Onset Bipolar Disorder?

Early-onset Bipolar Disorder is the primary focus of The Ryan Licht Sang Bipolar Foundation. According to the National Institute of Mental Health (NIMH):1

Bipolar Disorder is a serious mental illness characterized by recurrent episodes of depression, mania, and/or mixed symptom states. These episodes cause unusual and extreme shifts in mood, energy, and behavior that interfere significantly with normal, healthy functioning. 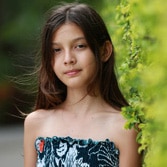 Symptoms of mania and depression in children and adolescents may manifest themselves through a variety of different behaviors. When manic, children and adolescents, in contrast to adults, are more likely to be irritable or prone to destructive outbursts than to be elated or euphoric. When depressed, there may be many physical complaints such as headaches, muscle aches, stomachaches or tiredness, frequent absences from school or poor performance in school, talk of or efforts to run away from home, irritability, complaining, unexplained crying, social isolation, poor communication, and extreme sensitivity to rejection or failure. Other manifestations of manic and depressive states may include alcohol or substance abuse and difficulty with relationships.

Existing evidence indicates that Bipolar Disorder beginning in childhood or early adolescence may be a different, possibly more severe, form of the illness than older adolescent- and adult-onset Bipolar Disorder. When the illness begins before or soon after puberty, it is often characterized by a continuous, rapid-cycling, irritable, and mixed symptom state that may co-occur with disruptive behavior disorders, particularly attention deficit hyperactivity disorder (ADHD) or conduct disorder (CD), or may have features of these disorders as initial symptoms. In contrast, later adolescent- or adult-onset Bipolar Disorder tends to begin suddenly, often with a classic manic episode, and to have a more episodic pattern with relatively stable periods between episodes. There is also less co-occurring with ADHD or CD among those with later onset illness. 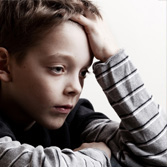 A child or adolescent who appears to be depressed or exhibits ADHD-like symptoms that are very severe, with excessive temper outbursts and mood changes, should be evaluated by a psychiatrist or psychologist with experience in Bipolar Disorder, particularly if there is a family history of the illness. This evaluation is especially important since psychostimulant medications, often prescribed for ADHD, may worsen manic symptoms. There is also limited evidence suggesting that some of the symptoms of ADHD may be a forerunner of full-blown mania.

Findings from an NIMH-supported study suggest that the illness may be at least as common among youths as among adults. In this study, one percent of adolescents ages 14-18 were found to have met criteria for Bipolar Disorder or cyclothymia, a similar but milder illness, in their lifetime. In addition, close to six percent of adolescents in the study had experienced a distinct period of abnormally and persistently elevated, expansive, or irritable mood even though they never met full criteria for Bipolar Disorder or cyclothymia. Compared to adolescents with a history of major depressive disorder and to a never-mentally-ill group, both the teens with Bipolar Disorder and those with subclinical symptoms had greater functional impairment and higher rates of co-occurring illnesses (especially anxiety and disruptive behavior disorders), suicide attempts, and mental health services utilization. The study highlights the need for improved recognition, treatment, and prevention of even the milder and subclinical cases of Bipolar Disorder in adolescence.

To read more about Bipolar Disorder in Children and Adolescents click here.

For an overview of Bipolar Disorder in general from the National Institute of Mental Health click here.