“The world breaks every one and afterward many are strong at the broken places. But those that will not break it kills. It kills the very good and the very gentle and the very brave impartially. If you are none of these you can be sure it will kill you too but there will be no special hurry.”  – Ernest Hemingway 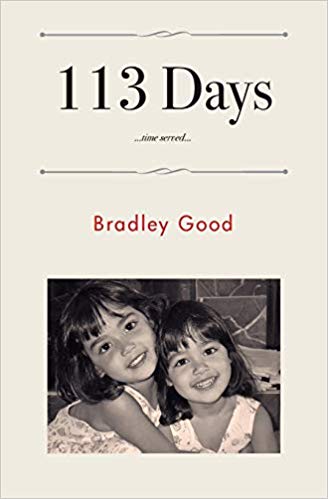 Does the world break everyone? It broke my Dad. But, my father did not become strong in broken places.

On the evening of July 13, in 2001, my father and physician, walked to the end of his driveway in Hamilton, Montana. He took with him his loaded shotgun. At a polite distance from his home, he placed the shotgun in his mouth and pulled the trigger. He was sixty-six years old. He was found by his second wife. One evening she saw his crumpled body on the gravel driveway as she turned her car toward the house.

He had his reasons for taking his life. He had a mass around a few of his ribs. They removed the mass and ribs. Two years later he was having a difficult time walking and easily lost his breadth. He was still in pain from his operation and felt a helplessness since he could no longer live the life he wanted. So, he took his own life.

The irony is that he had graduated first in his class at UCLA Medical School; and, he was awarded the first Surgery Intern Medal Award in the history of the institution.

But, he had dictated the treatment his doctors gave to him. After removing the mass around his ribs, they conducted a biopsy. They found out that the mass was a Tuberculosis variant. It could have been treated unobtrusively with medication.

Then, after he shot himself, they conducted an autopsy and discovered that at least one major artery to his heart had been clogged. This was what had been making him winded, and had made it difficult for him to walk. This too could have been treated.

A brilliant doctor had dictated his own treatment; and, because of his misdiagnosis he died. This is my definition of Tragedy. He was still relatively young. The real cause of his death was not having an interesting intellectual pursuit or hobby. His retirement had lead to his death.

When my father died, his wife gave to me a folder full of all the letters I had written to him over the years. I had sent him hand written notes from nearly every place that I had been in Asia. The letters spoke about where I was, what I had seen, and what I was doing. All the letters were there, and each was more than just a picture of my past. Reading the letters enabled me to time travel. I was happy that I had shared my life with my father. My admiration and love for him was boundless. I have always been proud to be his son. In his death he had given me another precious gift. He had shared with me my own experiences in my words. To me, the words in my past letters brought forth more vivid images and emotions than anything Hemingway has come close to writing.

My father also knew of Ernest Hemingway, what he wrote and how he lived. They both shared a love of fishing, Montana, and a little bit too much alcohol. My dad also knew how Hemingway passed away. In some weird way, that makes my father related to Hemingway. Or, at least there is a somewhat less than a causal connection.

On July 2nd, in 1961, Ernest Hemingway was sixty years old. He went to his basement storeroom in his Idaho home and selected his favorite “double-barreled shotgun that he had used so often it might have been a friend.” Then, just like my father, he took his life with the shotgun.

The reasons for him taking his life are less clear. They range from pain due to disease to depression. There seems to be a consensus that, like his own father, he had a genetic disease that causes an inability to metabolize iron which culminates in mental and physical deterioration. He was found in his home by his fourth wife.

I think both my father and me share something with Hemingway. They both killed themselves with a shotgun. What I share with Hemingway is that I believe he too was Bipolar. I think his was probably of another kind which resulted in more depression than anything else. The risk of Bipolar disorder is nearly ten-fold higher in first degree relatives, when compared to the general population. Similarly, the risk of major depressive disorder is three times higher in relatives of those with Bipolar disorder. As it turns out, Hemingway’s grandfather, father, brother, sister, and granddaughter all committed suicide.

When Hemingway was working on A Farewell to Arms, his father, Clarence, shot himself. I think Hemingway took his feelings for his father and articulated them in the above faithful quote.

Unlike my father and Hemingway, the world broke me, but it did not kill me. It’s too early for me to say if I am strong in some places, because life has left some scars.

The world took me on a journey that I never wanted to take. I have seen and felt nearly all those things you try to avoid. I was pushed to my limit. I broke. But, somehow I have managed to survive.

I come from a good family. My father was an OB-GYN and my mother an artist in Los Angeles. I grew up with a sister and brother, both of whom were older and well-educated.

We lived in Pacific Palisades and I went to UC Berkeley and then to the University of Chicago for an MBA and masters in East Asian Studies. But, growing up with such a background means only so much, and when I look back it actually means little.

It’s hard to pinpoint exactly when things began to crash. Or, to be more precise, when I started to crash. But, I became broken. I became, literally, insane. What is frustrating is that when you break you seldom know that you are falling apart. It’s not so much denial, but just a thorough lack of self-awareness and comprehension.

There is a sequence of events, though. Looking back, I wish I could have changed so much of what I did. But, I remind myself that I cannot. What happened occurred, and I cannot change the past. In fact, I feel lucky that I am here now, that I did not die and that my mind is intact and clear. I’m grateful for who I am and the many possibilities that exist.

It sometimes happens in life that events and feelings disappear without others knowing them. I cannot let that occur. What happened to me is too important for others to learn from, so that they may avoid my mistakes.

Lots of people are Bipolar, but I never really knew what it was. I define Bipolar as when someone has messed up brain chemistry. The symptoms are having highs and lows emotionally, and thinking and doing things that are abnormal. Fortunately, it’s treatable and people can live normal lives. The big challenge, however, is knowing that something is wrong so that you can get treatment.